Ruby comes with good support for Unicode-related features. Read on if you want to learn more about important Unicode fundamentals and how to use them in Ruby…

…or just watch my talk from RubyConf 2017:
⑩ Unicode Characters You Should Know About as a 👩‍💻

Unicode has come a long way and is now available in version 13.0 (core specification). The standard defines a lot of things related to characters, however, it is not always easy to grasp what a character actually is. Is Ǆ a single character or not? What about non-Latin languages?

We will need some more fine-grained concepts to distinguish and talk about characters in Unicode:

Codepoints are the base unit of Unicode: It is a number mapped to some meaning. Often this resolves to a single character:

There are 1114112 (in hexadecimal: 0x110000) different codepoints. On byte-level, a codepoint can be represented in different ways, which depends on the encoding used. Popular encodings for Unicode are UTF-8, UTF-16, and UTF-32, which all have different mechanisms of representing codepoints:

Here is an overview, without going into too much detail:

You can visualize and learn about encodings on the command-line with the unibits CLI utility.

The rest of this blog post will not deal with encodings and byte representations, but use codepoints as the smallest unit.

A user-perceived character might be constructed out of multiple codepoints. There are a lot of enclosing characters (like diacritics) which get combined with the previous character to form a new one:

An example from the Thai language:

Emoji are another example of grapheme clusters that require multiple codepoints:

Ruby 2.5 introduced a convenient way to iterate through all grapheme clusters:

There is also /\X/², a regex feature that you can use instead of the default /./ to match for grapheme clusters instead of codepoints:

¹ Depending on the recentness of your rendering software, this is displayed as a single male cook
² This regex matcher was already introduced in earlier versions of Ruby 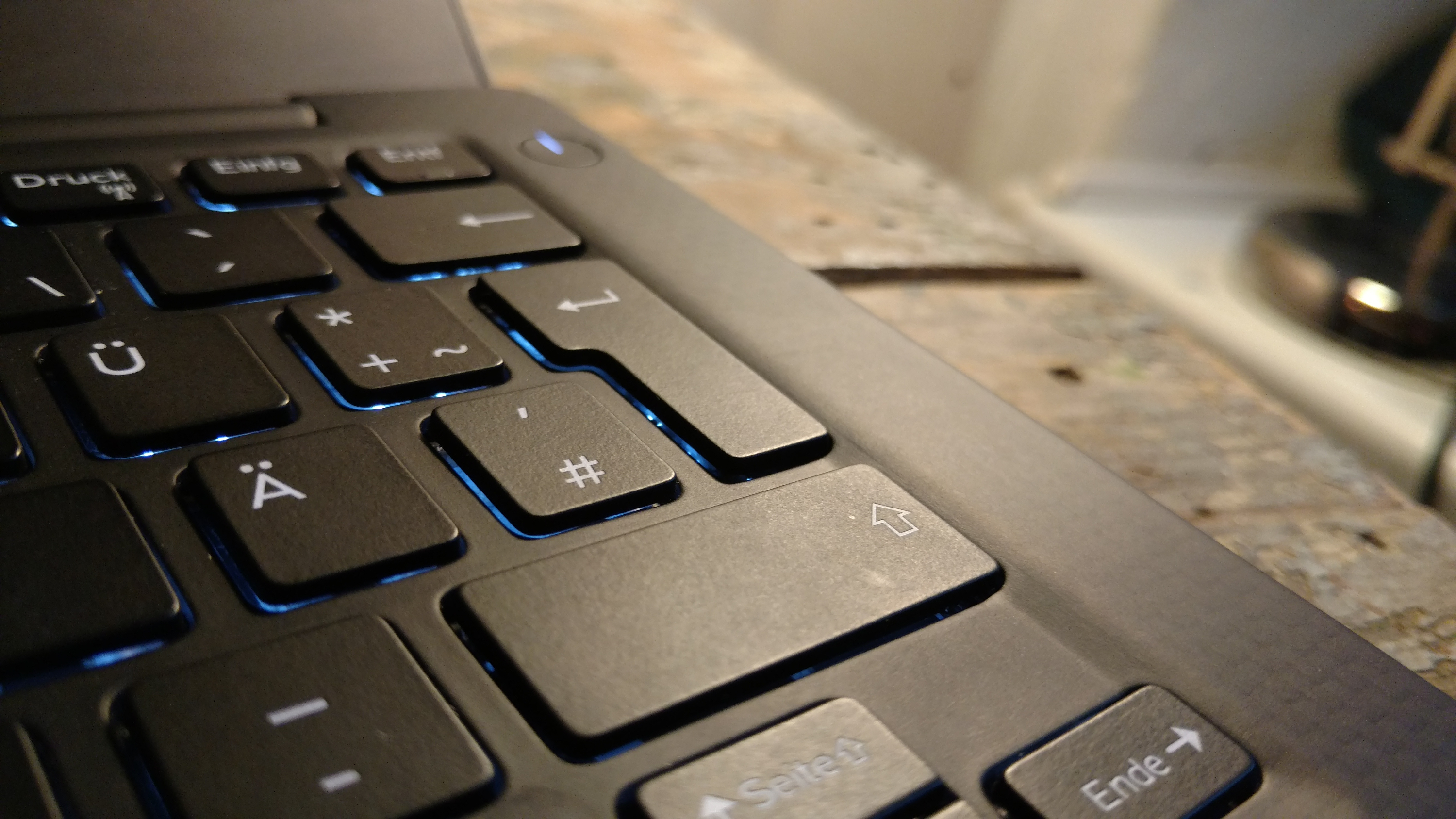 Sometimes, the Unicode standard defines multiple ways to describe the same (or a very similar) glyph. Let us revisit the example from above: the German letter "Ä", which is a "A" with two dots above. It is defined as codepoint U+00C4. At the same time, there is a mechanism to put two dots above just any letter using the combining codepoint U+0308. Combine it with "A" and you get "Ä" - A different representation, although semantically, it is the same character.

However, sometimes you need one canonical representation of a string. This is why the Unicode consortium came up with a normalization algorithm. It is included in Ruby's standard library and required automatically. There are several types of normalization forms:

See the standard and documentation for more details, including the differences between the normalization forms:

Even in normalization form, there are characters which look very similar (sometimes even identical):

The record holder is LATIN SMALL LETTER O which is currently linked to 75 other characters that it could be confused with:

Detecting confusable characters is not built-in, it is possible with some gem support from unicode-confusable:

Another Unicode topic is converting a word from lowercase to uppercase or vice versa. Up until Ruby 2.3, string methods like #upcase,#capitalize, #downcase, or #swapcase would just not work with non-ASCII characters:

This has been fixed and more recent versions of Ruby are able to do this out of the box:

The old, ASCII-only behavior can be achieved by passing the :ascii option:

This is already much better than before, however, keep in mind that case-mapping is a locale-dependent operation! Not all languages use the same rules for converting between lower- and uppercase. For example, in most languages, the uppercase version of letter i is I:

However, in Turkic languages, it's the letter İ:

Although Ruby supports special local case mapping rules, as of Ruby 2.5.1, only :turkic is supported. More options might be supported in the future.

There is another special option that you can pass to the String#downcase method: The :fold symbol. It will turn on case-folding, which should be used instead of the default case-mapping behavior if you are interested in comparing/ordering strings. The case-folding algorithm might produce a different output than the case-mapping one. Fer example, the German letter sharp s should be treated like two normal s letters in comparisons:

There is another String method in Ruby core which makes use of case-folding: String#casecmp?¹ which compares two strings ignoring their case:

¹ You should pay attention that its sister method String#casecmp only uses ASCII, despite the similar naming.

Ruby's regex engine supports matching of Unicode characteristics, like a characters general purpose (general category), its script, or in which codepoint range it is defined (block):

Detecting emoji is especially complicated, because there are multiple mechanisms to build up the final emoji glyph. You can use the unicode-emoji gem to find all kinds of emoji:

Sometimes, you might find yourself in a situation where you would like to know the width of a character. But this is not easily possible, because the character width is just not defined! This, of course, leads to problems in fixed-width environments like terminals.

If you don't believe me, here are some wide characters for you to checkout:

To complicate things further, some Asian characters are marked as ambiguous and get displayed wide or narrow, depending on the software displaying them. The unicode-display_width can help:

The last section will put the focus on four types of codepoints that require some attention. This is just a selection, there are many more notable codepoints and a good starting point to dig deeper is the Awesome Codepoints list!

There are two kinds of codepoints which are invalid. If you have these in your data, the data is invalid and String#valid_encoding? will return false. Both of them are encoding-related:

The four byte mechanism that UTF-16 uses to represent codepoints higher than U+FFFF (= 65 535) needs auxiliary codepoints. These are U+D800..U+DFFF and they are strictly forbidden in UTF-8 and UTF-32.

Ruby does not let you create these from literals:

But, if you really need to…, you can use Array#pack:

Another group of codepoints that require extra care are the unstandardized ones. When you look at the following diagram, you will see that a lot of codepoints actually do not have a meaning assigned by the consortium (yet):

Codepoint Distribution as of Unicode 10

¹ Two additional private-use codepoints are U+0091 and U+0092, but they are counted as control characters (see next section)

For historical reasons Unicode includes a set of 65 control codepoints. They were not defined by the Unicode Consortium and a lot of them are not universally standardized. However, some of them are extremely common, such as U+0009, the tab-stop character. It also contains the newline characters U+0010 "\n" and U+0013 "\r"; depending on your operating system, use one or both of them for a newline.

In regexes, you can match for control characters with \p{control} or just \p{cc}.

¹ The NEXT LINE control character was introduced to have an universal codepoint for newlines. This goal was not reached. Still, on some systems (for example, my ubuntu machine), it will actually create a newline!

The characteristics gem lets you check if a codepoint belongs to a specific control group:

My last example of special codepoints are the so called ignorable codepoints. Their meaning varies, but most of them are invisible and they are often not treated as a whitespace by Unicode. They are ignorable in the sense that if your Unicode rendering engine does not know how to display it, it should just display nothing. The ignorable property is even given to some ranges of unassigned codepoints¹ (which is usually not done).

For example, the following piece of code is made out of tag characters, which resemble all ASCII characters, but as ignorable characters:

This program will output Idiosyncratic Unicode

I hope that you are now ready to closely inspect your own Unicode data! To help you do so, I made a few command-line tools, I hope you like them: